[Although the original title says “Full Text of ‘How the jews forced America Into World War II'”, this is an excerpt… Go to the original source if you wish to see all of it.]

“Chamberlain (speaking off the record to Ambassador Joseph Kennedy while playing golf) stated that America and the world Jews had forced England into the war”.

HOW THE JEWS FORCED AMERICA
INTO WORLD WAR II

In the years before World War II, the American public had no
desire to go to war in either Europe or Asia. We, as Americans, had no
interest in warring with Germany, Italy or Japan. Yet America was
forced to battle the Axis Powers for four long years at the sole behest
of International Jewry.

In fact, World Jewry commenced its war against Germany in 1933,
the year Hitler came to power, even before he had time to begin implementing a program for pulling Germany out of its own economic depression.

Jewry’s declaration of a “holy war” against Germany was issued
by Samuel Untermeyer of the World Jewish Federation who said in the
New York “Times” of 7 Aug. 1933 that it would be means of an
“economic boycott that will undermine the Hitler regime and bring the German people to their senses by destroying their export trade on
which their very existence depends.”

Jews were obviously willing to back up their threats, for the London
“Sunday Chronicle” of 2 Jan. 1938 reported that “leaders of International Jewry” had met in Geneva, Switzerland to set up a $2.5
BILLION fund to undermine the economic stability of Germany.

However, Jewish boycotts against Germany failed to bring that nation to its knees as Hitler had already freed Germany from dependence
on Jewish usury. Since economic pressure by World Jewry could not
break the back of Germany, it was determined that an actual war
would be necessary to destroy Hitler…

See more at: How The Jews Forced America Into World War II

[Listen to him… he confesses all of it. Good insight into the jewish mind; the mind of our eternal enemy…] 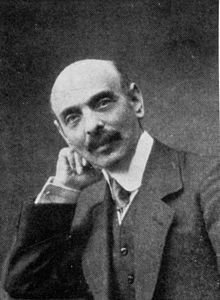 Part I: A Real Case Against the Jews

OF COURSE, YOU DO RESENT US. It is no good telling me you don’t. So let us not waste any time on denials and alibis. You know you do, and I know it, and we understand each other. To be sure, some of your best friends are Jews, and all that. I have heard that before once or twice, I think. And I know, too, that you do not include me personally—”me” being any particular individual Jew—when you fling out at us in your wholesale fashion, because I am, well, so different, don’t you know, almost as good as one of yourselves. That little exemption does not, somehow, move me to gratitude; but never mind that now. It is the aggressive, climbing, pushing, materialistic sort you dislike—those, in a word, who remind you so much of your own up-and-coming brethren. We understand each other perfectly. I don’t hold it against you.

Bless my soul, I do not blame anybody for disliking anybody. The thing that intrigues me about this anti-Jewish business, as you play at it, is your total lack of grit. You are so indirect and roundabout with it, you make such fantastic and transparent excuses, you seem to be suffering from self-consciousness so horribly, that if the performance were not grotesque it would be irritating…

Read all of it at: Listen To The Jew

We know the ills that affect our countries. Corruption, unemployment, mass immigration, lack of integration of said immigrants, fake “refugees” coming from everywhere except Syria, political fat cats who lie like pigs, a rising wave of crime and more. We may attribute the problems to different sources. Some people speak about the “1%”, others speak about “the system”, others will blame the politicians, and some others will even blame the aliens –space aliens, that’s it–.

And almost all of them are, at least, partially right. END_OF_DOCUMENT_TOKEN_TO_BE_REPLACED

If we study the course of our cultural life during the last twenty-five years we shall be astonished to note how far we have already gone in this process of retrogression. Everywhere we find the presence of those germs which give rise to protuberant growths that must sooner or later bring about the ruin of our culture. Here we find undoubted symptoms of slow corruption; and woe to the nations that are no longer able to bring that morbid process to a halt…

Read more at: Adolf Hitler on the Destruction of Art and Culture