Another good speech by Joseph Goebbels…

The naïveté, not to mention ignorance, with which certain European circles see the Jewish Question in the fourth year of this gigantic struggle is astonishing. They cannot or will not see that this war is a war of the Jewish race and its subject people against Western culture and civilization. Everything that we Germans and Europeans, defenders of the principle of a moral world order, hold dear is at risk. The above-mentioned circles are too inclined to see the Jewish Question as a humanitarian issue. They make their judgments on the feelings of the moment rather than on the knowledge and insight resulting from clear and calm reason. It is clear that if during this war we show the least weakening of our…

Goebbels nails the jews again, in this speech… 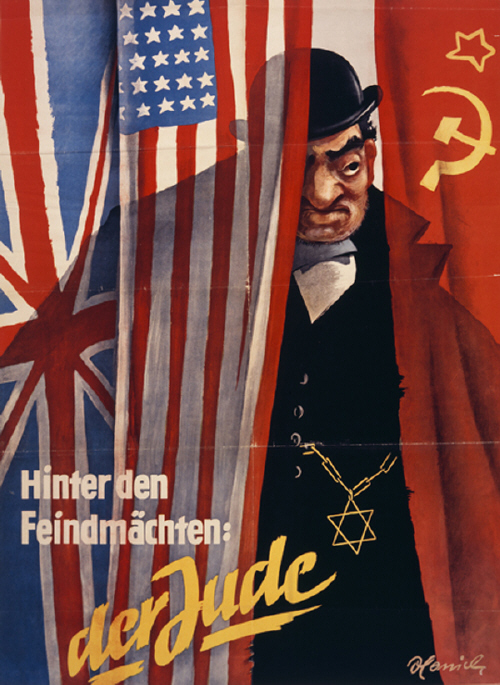 One could not understand this war if one did not always keep in mind the fact that International Jewry stands behind all the unnatural forces that our united enemies use to attempt to deceive the world and keep humanity in the dark. It is, so to speak, the mortar that holds the enemy coalition firmly together, despite its differences of class, ideology, and interests. Capitalism and Bolshevism have the same Jewish roots, two branches of the same tree that in the end bear the same fruit. International Jewry uses both in its own way to suppress the nations and keep them in its service. How deep its influence on public opinion is in all the enemy countries and many neutral nations is plain to see that it…

Goebbels got it right… he even was a bit prophetic on this speech.

The historic responsibility of world Jewry for the outbreak and widening of this war has been proven so clearly that it does not need to be talked about any further. The Jews wanted war, and now they have it. But the Führer’s prophecy of 30 January 1939 to the German Reichstag is also being fulfilled: If international finance Jewry should succeed in plunging the world into war once again, the result will be not the Bolshevization of the world and thereby the victory of the Jews, but rather the destruction of the Jewish race in Europe.

We are seeing the fulfillment of the prophecy. The Jews are receiving a penalty that is certainly hard, but more than deserved. World Jewry erred in adding up the forces available to it for this war, and now is gradually experiencing the destructon that it planned for…

The site of a man fused to a weirwood