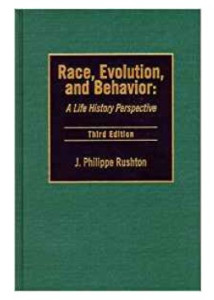 For many decades, the average IQ for American Blacks was said to be 85. The average IQ of Blacks in Africa however is about 70 with several African nations averaging in the 60s.

While it’s true that the American Black population is actually racially-mixed or «colored,» the percentage of White genes in the Black population is only about 25 percent. In order to raise the Blacks up from an average IQ of 70 for pure Africans to 85 points, given that the White average is 100 and assuming the average IQ of a group is linearly related to their racial make up, the percent of racial admixture would have to be 50 percent for the colored population to have an 85 point IQ, which is not the case.

One source notes «When (Charles) Murray analyzed trends on the Woodcock-Johnson test, he found that Black men born from…

[This entry comes from Rudolf’s blog. It’s important that we begin calling things for their proper names… Who mixes the races, is destroying humanity. Who mates with a person of a different race, is condemning his offspring to be and not to be. He is destroying his legacy and the legacy of his mate…]

“We do not support the superiority of one race over another, but the respect that each race has to have of itself, of its own racial form – that means, of its unique ‘identity’, (meaning the very own culture, traditions, customs, religion).

The only ones who semantically respect the multiracial society it’s us (the Morphologic Racists) as we are respectful of the identity of each race.

We are opposed to the dissolution of the races, the breakup of the peoples and the deformation of cultures via an universal miscegenation.

An interracial community can be natural only on condition that each race lives independently from the other, on its own land, developing within this perimeter a culture that, as a projection of his own racial entity, is different from other cultures…