Josefina Sauleda Paulis, of the Dominican cloistered monastery in Barcelona, has also been commended in Catholic sources.

After being captured and interrogated by the Jews and their commie acolytes, and when about to be led away to be executed, she bravely and defiantly said: If you are going to kill me, why don’t you do it right here?

She was martyred and her body was found outside the Hippodrome in Barcelona.

These two martyrs were listed among 731 other Christian martyrs of the Spanish Civil War, beatified by the Roman Catholic Church in 2001 and 2007. In the beatification homily of Bonaventure Garcia Paredes and his companions, Pope Benedict said:

Adding such a great number of martyrs to the list of beatified persons shows that the supreme witness of giving blood is not an exception reserved only to some individuals, but a realistic possibility for all Christian people. It includes men and women of different ages, vocations and social conditions, who pay with their lives in fidelity to Christ and his Church.

Arthur Bryant, in his well-documented “Communist Atrocities in Spain”, tells of one murder squad which went to the Dominican Convent in Barcelona and informed the Mother Superior that “because of possible mob violence” the nuns should accompany the squad to a place of safety. They were then taken to the suburbs and murdered… 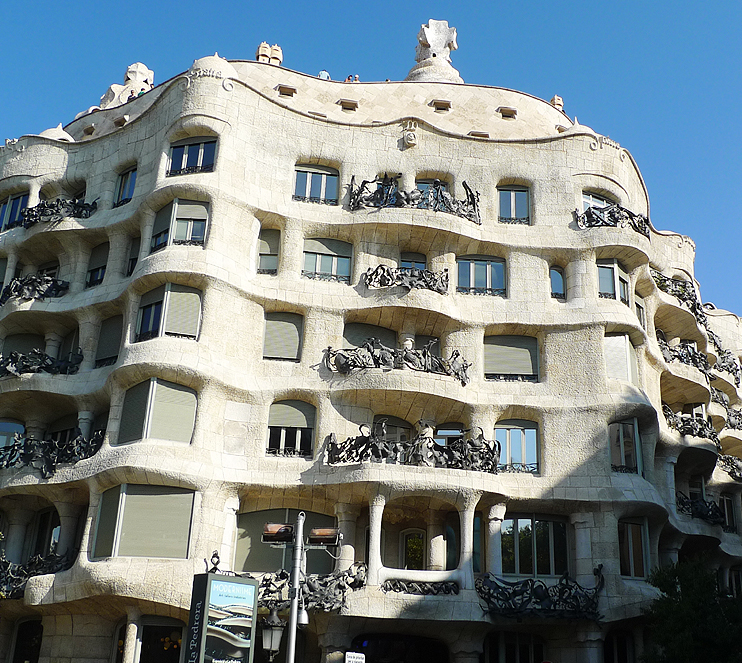 Antoni Gaudí i Cornet (Catalan pronunciation: [ənˈtɔni ɣəwˈði]; 25 June 1852 – 10 June 1926) was a Catalan architect from Reus and the best known practitioner of Catalan Modernism. Gaudí’s works reflect an individualized and distinctive style. Most are located in Barcelona, including his magnum opus, the Sagrada Família. Under the influence of neo-Gothic art and Oriental techniques, Gaudí became part of the Modernista movement which was reaching its peak in the late 19th and early 20th centuries. His work transcended mainstream Modernisme, culminating in an organic style inspired by natural forms. Gaudí rarely drew detailed plans of his works, instead preferring to create them as three-dimensionalscale models and molding the details as he conceived them. Gaudí’s work enjoys global popularity and continuing admiration and study by architects. His masterpiece, the still-incomplete Sagrada Família, is the most-visited monument…

Some ideas are so bad that they reveal themselves as bad jokes, as soon as people attempt to apply them to reality. “Lenin” allegedly attempted to apply the Marxist principle of “From each, according to his ability, to each, according to his need” for an entire week when he moved into Russia after the departure of his fellow tribesman, “Kerensky”. After seeing Marxist ideology cripple some major factories, “Lenin” announced that “Those who do not work shall not eat!” This is, of course, the exact opposite of Marxism, but “Lenin”, with typical impudence, called his doctrine “Marxism-Leninism”. This is as oxymoronic as Christians who claim that the god of the Old Testament is the same as that of the New Testament. “Cold fusion” was another such absurdity, which shows that many people cannot see the obvious, or, as P.T. Barnum was alleged to…

Here you will see the myth of German being an agressive nation SHATTERED. You can either read the article or click on the video, which is the article read aloud.