A burning question! Now you can find out…!

Schloss Eckartsau is a building converted from a castle into a hunting lodge in Eckartsau not far from the Danube in the lower Austrian Marchfield. In the history books, it was the last domestic residence of Emperor Charles I after his renunciation of any portion of the state business of 11 November 1918.

The original castle was a four-sided water castle. 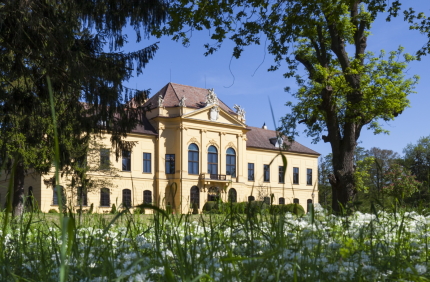 In the course of time around the castle, the noble family acquired market rights, land and other castles. In the Minoritenkirche in Vienna, where the most prestigious of the land was buried, the Lords of Eckartsau also built a crypt.

Since Konrad von Eckartsau supported the Austrian Duke Albrecht V to take over the regency as a 14-year-old, he was generously promoted by him. Under Emperor Frederick III, the Eckartsauer were robbed again and again, and their castle was plundered, and on the other hand Georg von Eckartsau himself…

[The chutzpah!! Read this article from some judenratte blog on a judenratte newspaper… Read it all. Genuinely they don’t know why non-jews fucking hate their guts.]

Do Jews control the world?

Antisemites claim that Jews control the world, the banking system, the media, the U.S. government, and so on.  If true, the world would look a lot like Israel: democracy, human rights, and the rule of law would prevail; people would be free to practice their religion (or lack thereof) without fear; creativity, knowledge, and progress would be rewarded; and there would be widespread respect for human life and for the environment.

Lots of bullshit there. Ask how democracy feels to a Palestinian who has to endure your shit.

Bear in mind that this shit was written in 2015. One year before the Cheeto Head was elected. Yes, he is a fake. No, I don’t like Hillary. I am not even American anyway. And if you are in doubt that the jews control the White House, for example, please check here.

Phil Assouline, a friend and a Middle East expert, quipped about the recent Iran nuclear deal announcement that “with this Iran deal, the ‘Jewish Lobby’ argument is dead”.  Indeed, the deal is widely opposed by the Jewish state, not only by the government but also by the opposition.  Israelis consider a nuclear Iran to be an existential threat, and they demand that negotiations and boycotts continue and intensify until a good deal is reached, but they are clearly not heard in the White House.  If this does not disprove the claim that the “Jewish lobby” controls Washington, nothing else will.

Hahahahahahaha! Hey, it seems that Obonga was let free only to further your goals a little. Who is going to believe you, jewboy? Braindead sheeple, only!

Iran’s nuclear capability and its exporting of terrorism is a matter of life and death.  Arabs too are worried about this deal while the Hezbollah terrorists love it.  This may lead to a nuclear arms race in the Middle East which is a further worry for Israelis and Arabs.  A deal that does not totally eliminate Iranian nuclear capability and that does not derail Iran’s terrorist network is not a good deal for Israelis or Arabs.

Sadly the antisemitic lie that Jews control the world will endure; just as every antisemitic lie – no matter how ludicrous – has endured.  What does “Jews controlling the world” mean anyway?  Jews are not of one mind.  Even in Israel, opinions are so divided that speaking of a monolithic Jewish position on practically any issue is absurd.  In the United States, Jews are even more divided.  Antisemitism is not built on a rational foundation, to say the least.

Hey… it’s a «lie» that has been more resistant and enduring than your Holohoax… Perhaps it has to do with the fact that you have been shitheads during all your history? Perhaps?

Also, even if you guys aren’t monolithic on matters of the mind (i.e, ideas), it doesn’t matter. At the end of the day, you are jews! Jews looking for different ways to screw the goyim… You may disagree on how, but not in the goal, namely, world domination and annihilation of everyone who stands on your path… Specially the White race.

When confronted with the possibility of a nuclear Iraq, former Israeli Prime Minister Menachem Begin acted swiftly, to the U.S.’s displeasure.  Israel did not do the same with Iran, perhaps counting on U.S. leadership.  At this late stage, a unilateral attack by Israel may no longer be feasible, and at the same time Iran’s satellites Hamas and Hezbollah continue to be threats to Israel.  All this leaves the Jewish state in the most precarious position it has experienced since its independence.  Some control over the world that is!

This news article has been courtesy of the 100th tab of my Opera Mini browser.

Also, you need the source.